...we wanted not only to carry out innovative urology, but also to bring urological treatments to countries, and above all to people, who have little access to them.

This wish has become a reality in the year that is ending. Four of our experts, Dr. Juan Ignacio Martínez-Salamanca, Dr. Diego Rengifo, Dr. Claudio Martínez-Ballesteros and Dr. Carlos Balmori travelled to the city of Dschang in Cameroon to carry out their first international cooperation mission. They were accompanied by Dr. Carlos Dexeus and Dr. Eduardo Llamazares, specialists in Anaesthesia and Resuscitation.

Reyes Altemir, from the NGO Misiones Médicas España, spoke to us about the need to develop a urological campaign in the St. Vicent de Paul Hospital of the Daughters of Charity in Dschang (Sacré Coeur Catholic Mission), since this and other hospitals in the city had never offered this type of assistance.

The hospital started as an orphanage in 1970, and next to it there was a small dispensary where patients who paid for their medicines with the wood or food they brought with them were cared for. After the closure of the orphanage in 1979, the centre was converted into a maternity hospital in 1983, followed by a hospital in 1989. In 2002, the hospital was officially recognised by the Ministry of Health.

Our specialists left on Saturday, 7 December, with all the hopeful anticipation of being able to help as much as possible and with suitcases full of surgical material, ultrasound scanners, cystoscopes, Rutilights®, probes and a long list of consumable goods.

Like many things that commence, beginnings are not easy. Their first setback was not receiving all their luggage until the middle of the week. Then there were the precarious means at their disposal to perform surgery. Many of them, which in a developed country would be quite simple and low risk, become a challenge for surgical skills to minimise risks and a creative challenge to fabricate useful instruments for our patients in the postoperative period. For example, washing sera was done from a 5-litre water can with a rubber band attached.

Our specialists have performed almost 100 consultations and more than 20 surgeries, many of them highly complex. They were able to treat vesicovaginal fistulas, radical prostatectomies, cystoprostatectomies, urethroplasties, adenomectomies and pyeloureteral junction stenosis, all in adults. Also, surgery for cryptorchidism and hypospadias in boys.

It has been a tough experience but so rewarding that our team is already thinking about new campaigns. We hope that all those who have collaborated with us will continue to do so and, furthermore, that new members will join this project in order to achieve continuity of care where it is so necessary.

Doing volunteer work like this is extremely rewarding on a personal level for any specialist. It is a privilege to selflessly help people who need it most, as it allows you to grow as a person and to give value to all those things in our daily lives that go unnoticed. There is no limit to the gratitude of the patients we treat, knowing that you have contributed to giving them a better life is the best reward.

Thank you letter from patients treated 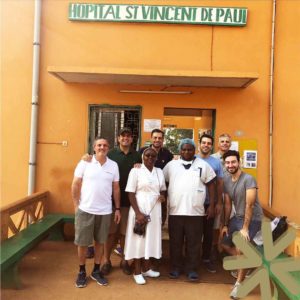 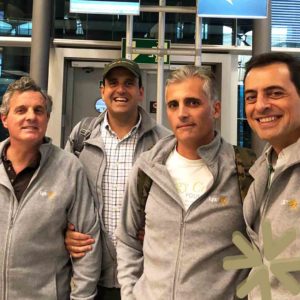 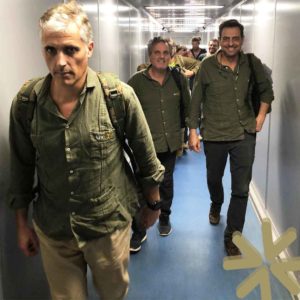